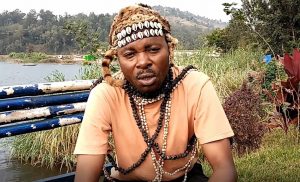 When Julien Basimika was 10 years old, the indigenous Batwa people – including his family’s Bakanga clan – were forced off their traditional lands to make room for the expansion of Kahuzi Biega National Park in eastern DR Congo. His father even agreed to help the surveyors delineate the Park boundaries, without understanding what was happening.

Thus in 1975, some 6,000 Batwa, hunting and gathering people known as Pygmies, were driven out and left to fend for themselves on the outskirts of the rural society. Given no compensation and no alternative lands, and with no access to economic resources, food security, modern education or their traditional land-based culture, the Batwa languished in abject poverty.

In 1980, UNESCO designated this sorry situation a ‘World Heritage Site’.

Fast forward to 2021: the situation is now worse, because conflict has developed and nothing has been resolved. But the Batwa are not alone. All over the world, “protected areas” have been grabbed and designated for conservation at the expense of the indigenous and other local communities. In fact, the very people whose stewardship over the millennia protected the biodiversity that makes these lands worth saving are the same people who were chased out, then shot as poachers if they attempt to return.

In early September 2021, Survival International, Minority Rights Group and other NGOs convened a global conference (Our Land Our Nature) to assess this coercive, colonial model of conservation, based on separating people from their close relationship with nature. Indigenous people from Africa, Asia and Latin America spoke at the conference, along with researchers and activists who are looking for a more effective way to protect people and nature. The conference coincided with the corporate-funded International Union for the Conservation of Nature (IUCN) conference promoting a global increase in the amount of protected area. This is the so-called 30 x 30 plan (30% of the earth’s surface protected by 2030). From the perspective of the speakers at the Our Land Our Nature conference, this would be a social, moral, and environmental catastrophe.

Julien Basimika, Coordinator of the Congolese group Actions pour le Regroupement et l’Autopromotion des Pygmées (ARAP), spoke at the Our Land Our Nature conference, telling about his experiences and the harm that the Kahuzi Biega National Park has caused.

Shockingly, this World Heritage Site, purchased in blood, did not result in greater protection for the endangered species or forest landscapes. Instead, the Park is now overrun with settlements, militias, mines and charcoal operations. By driving out the indigenous inhabitants, the Park lands became a free-for-all of illicit and corrupt resource extraction – what Julien referred to as “their mafia”.

So Julien and his fellow activists at Kahuzi Biega are left to advocate for the impossible: agricultural development for people with no lands; human and cultural rights for people whose identity is tied to the land that has been taken; and conflict resolution between the Batwa and the Park when land is the only thing that could resolve the problem.

Following the September conference, a Manifesto was drawn up by the participants, proposing a better way to protect landscapes, biodiversity and people. Indigenous peoples, who currently control around 80% of the world’s biodiversity, must be drawn into the process and empowered to find ways to protect these lands – as well as to meet their own needs. In fact, studies show that community-managed lands are better at protecting biodiversity than are “protected areas” devoid of people.

IfE has signed the Manifesto, and intends to stand with Indigenous Peoples as they seek a way to recover their rights, identity, well-being, empowerment, and lands. Please join with us and support this effort.