Initiative for Equality (IfE) was started in 2011 by a founding Board of Directors and Board of Advisors. 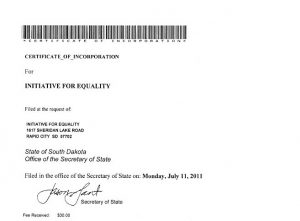 19 April 2018: IfE partners developed and circulated a petition, signed by 77 organizations, asking the UN’s Special Rapporteur on the Rights of Indigenous Peoples to visit the African Great Lakes region to gather information on the desperate situation of the Twa and Mbuti peoples; this was presented to the Special Rapporteur on 19 April at the UN Headquarters in New York, along with documentation on specific human rights abuses including illegal imprisonment, torture, individual killings, land grabs, deaths through starvation, and mass killings of Twa and Mbuti people; the Special Rapporteur agreed to look into the situation and asked IfE to continue providing documentation of abuses and killings

19 April 2018: IfE partners met with Mr. Ugo Solinas, Principal Officer/Team Leader for MONUSCO, Department of Peacekeeping Operations at the UN Headquarters in New York; we expressed our outrage about the mass killings of Batwa people, and asked MONUSCO to play a more effective role in stopping these attacks.

16-17 January 2017: IfE partner organizations in African Great Lakes region meet in Bukavu, DR Congo, to develop a multi-ethnic collaborative project to protect the rights and survival of Indigenous BaTwa and BaMbuti people in the region.

July 2017: IfE’s Board of Advisors voted to establish a committee to draft Terms of Reference for the possible future establishment of IfE Chapters

04 October 2017: IfE’s Deborah Rogers interviewed about the killings of Indigenous Batwa and Bambuti people in DR Congo and what IfE partners in the region are doing to end the attacks and rights abuses; on “Flashpoints”, KPFA Radio

November 2017: IfE partners in Bangladesh establish a plan to assist the Rohingya and the Tribal Hills Tracts Indigenous people living in the region of the Rohingya refugee camps

December 2017: IfE partners in Kenya establish a plan to work in informal settlements across the country to bring political skills and empowerment to these poor communities, in the context of ethnic manipulation by national-level politicians

January – March 2016: formal collaboration arranged with 15 organizational partners in DR Congo, Burundi and Uganda (“Regional Initiative for the Promotion of Peace and Human Rights in the Countries of the African Great Lakes”); funding requests submitted to support several projects

January – May 2016: Field Hearings held in 11 communities in DR Congo and Burundi; more are in the planning stage

February – June 2016: IfE’s Board of Directors reviews and revises presentation of IfE’s work and budget, and calls for volunteer to redesign website

May – July 2016: IfE partners in South Africa develop project to support mining-affected communities to assert their rights and priorities with the mining companies and government agencies

06 June 2016: IfE’s Rogers presents community requests and priorities for our Field Hearings at UN Multi-stakeholder Forum on Science, Technology and Innovation for the Sustainable Development Goals, Side Event sponsored by International Council for Science (New York)

02 & 10 September 2015: Deborah Rogers interviewed on KPFA Radio “Flashpoints” show regarding the global refugee and migrant crisis, and its relationship to inequalities

September 2015: IfE launches global consultation on what should be done to address the refugee and migrant crisis

28 September 2015: first meeting of Equity Action Collaborative Action Group #6 “Arts for Equality” – developing messages about inequalities and transformation to equality through story-telling and the arts

21 – 23 October 2015: Deborah Rogers participates in Expert Working Group for UN’s Department of Economic and Social Affairs (DESA), presenting ideas on how to implement and monitor progress towards attaining Goal 10 on inequalities.

09-10 April 2014:  Akhteruzzaman Sano spoke for IfE and the Field Hearings network at the UN General Assembly and Economic and Social Council (ECOSOC) Joint Thematic Debate on the Role of Partnerships in Implementing the Post-2015 Development Agenda

27-28 April 2014: IfE’s Deborah Rogers was an invited expert at UNESCO meetings in Paris to discuss re-framing the UN’s development agenda from “aid & charity” to “justice & equality”

05-07 May 2014: UN’s G77 countries plus China make strong statement to Open Working Group in favor of stand-alone goal on equality in new SDGs; use language from IfE’s 31 January proposal

24 June 2014: IfE’s Rogers sends joint letter calling for the retention of Goal 10 on Inequalities -in response to proposal to drop the goal, and signed by over 170 civil society groups – to co-chairs of the Open Working Group

30 June 2014: Open Working Group changes its mind and retains the stand-alone Goal 10 on Inequalities in their final outcome document to be presented to the UN General Assembly

28 September 2014: new Nominations and Elections policy adopted by IfE’s Board of Advisors

15 December 2014: Deborah Rogers essay on ending poverty and inequality published by Copenhagen Consensus Center in their “Viewpoint” series on the new SDGs

August 2013: signed MOU with Stakeholder Forum to cooperate in their e-Inventory process for soliciting input on Sustainable Development Goals

May 2012: Zero Draft of Equity Treaty circulated for comment

October 2012: “Waiting to be Heard: Preliminary Results of the 2012 Equity & Sustainability Field Hearings” Report re-released globally, with calls for feedback

July 2011: IfE founding Board of Directors files Articles of Incorporation under South Dakota state law as a non-profit charitable organization

05 November 2011: first meeting of IfE Board of Advisors