Declaration of Solidarity with Indigenous Batwa Prisoners in DR Congo

WE, THE UNDERSIGNED ORGANIZATIONS, express our deep concern about the complete lack of judicial due process in the sentencing of six indigenous Batwa men to 15 years in prison and two Batwa women to one year each, on 04 February 2020 in a military tribunal of the Democratic Republic of the Congo.

We denounce the practice of coercive conservation as it is currently being practiced in Kahuzi-Biega National Park in the Democratic Republic of Congo, demand recognition of the historic injustice experienced by the Batwa people expelled from PNKB, and call for changing the model of park management to one of collaboration with indigenous peoples and local communities, not coercion.

We denounce the convictions of the eight Batwa men and women, and call for their immediately release, for the following reasons:

The one-day trial itself, and the steps leading up to the trial, were filled with irregularities and illegalities that represents a violation of due process. Examples include:

The health and lives of these defendants are at risk in the prison where they are being held, due to inhumane conditions including lack of sufficient food, exposure to raw sewage, and not having enough room to sleep lying down.

Scroll down to see background information and references. 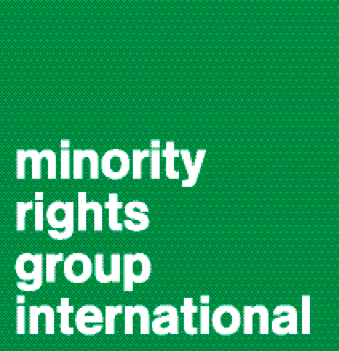 Congregation of the Sisters of the Presentation (Canada)

Integrated History and Future of People on Earth (IHOPE) (International)

Facts of the Kasula Case[1] : Eight indigenous Batwa community members, who have sought to regain access to their traditional lands, now part of Kahuzi Biega National Park (PNKB) in the Democratic Republic of Congo (DRC), were convicted and sentenced to lengthy prison terms. In response, two local human rights organizations in Sud-Kivu Province have filed an appeal to try to overturn the convictions.

After a one-day trial filled with irregularities (see section below), on 4th February 2020 six men were sentenced to 15 years in prison plus $5000 fines each, and two women to one year each. Charges included illegal exploitation of park resources, illegal possession of firearms, and association with criminals. Community members sentenced include Chief Jean-Marie Kasula, head of the village of Muyange in the Miti Groupement, his wife, Nsimire M’manda, as well as Kayeye Badosa, Bisimwa Mufanzala, Faida Bahati, Cirakarula Kayeye, Murhula Kashadu, and Cekanabo Kayeye. They are all former hunter-gatherers who now live by precarious farming on land where they have no security, and by gathering non-wood forest products

During what appears to be a sham trial in a “mobile” court (a green tent set up by the military in a small Batwa village outside the park entrance), it was claimed that these indigenous Batwa people were not really “Pygmies” (the older term to refer to this ethnic group), but just a criminal gang. At other times, these statements were contradicted, calling Jean-Marie Kasula “the chief of the Pygmy war group” (“le chef groupe de guerre pygmée”). Both statements run counter to Kasula’s well-documented role of engaging in dialogue with the Park for the Batwa.

Timeline and Irregularities in the Kasula Case [2] : The timeline of the arrests, evidence-gathering phase, defense preparation, trial and sentencing were compressed into less than two weeks:

We denounce the whole process that led to the convictions of these eight indigenous Batwa men and women, because the guarantees of a fair trial were not met.

History of Kahuzi Biega National Park (PNKB):  Some 6,000 Batwa people were evicted from the expanded park in several waves during the 1970’s, with no provisions made for alternative lands, means of subsistence or survival[3]. After living in extreme poverty for decades, these communities have been making sincere attempts to negotiate a peaceful solution with the Congolese government that would allow them to return home or to find lands that were similar to theirs. When park officials were unable to force the Batwa communities to back down, they adopted a hardline approach including arrests and even killings.

For the past 40 years, there have been off-and-on attempts to regain lands in the park (PNKB), or at least to gain access to traditional resources such as natural medicines, gathering caterpillars, and collecting firewood for cooking food (right of use, Article 36 of the Forest Code). These attempts have included IUCN’s Whakatane dialogue (on and off since 2014) that brought all parties to the table, but has recently been called off[4] because of such clear bad faith on the part of the Park. This bad faith is evidenced by the Park’s failure to live up to promises they have made in different ‘dialogues’, including provision of alternative lands, schools, and other services, cessation of all arrests for being in the forest, release of those previously arrested, jobs as eco-guards, and more. In October of 2018, with dialogue having proved fruitless, some Batwa communities moved into the park and made a stand. Since then, several attempts at negotiation have failed when signed agreements were subsequently violated by Park officials and the national Institute for the Conservation of Nature (ICCN). After their failure to keep their promise to relocate Batwa onto lands at INERA[5], PNKB and ICCN knew that the Batwa would have no choice but to return to the land of their ancestors to cultivate and find food there. Attempts by the Batwa to move back onto their lands have been violently repelled by the Park, with a documented 9 deaths of Batwa over recent years[6],[7].

Context of Coercive Conservation: These problems at PNKB have followed the pattern, well-documented for other large nature reserves, in which local and indigenous people who lived in and protected the habitat for centuries or millennia were suddenly evicted and subsequently harassed or even shot as poachers when attempting to return home. Traditional land rights held by indigenous peoples and other communities around the world often conflict with the desire to develop or extract resources from their lands, thus leading to conflicts and even killings by more powerful forces intent on grabbing their lands. Additionally, misguided attempts to protect the lands from exploitation by removing the indigenous inhabitants often lead to further abuses of the habitat and wildlife, as well as of the indigenous people themselves.

Divide and conquer strategy: The Park and ICCN officials appear to have been using a strategy of divide and conquer among the Batwa people. They visit the poverty-stricken communities to promise education for the children and food for all, but then do not meet their promises. Since sentencing Jean-Marie Kasula and other Miti Groupement community members to prison on 04 February, according to information we have received, and taking advantage of the precariousness of neighboring Batwa communities and brothers of Jean-Marie Kasula, PNKB has distributed a small amount of food (vegetable oil, maize flour and beans) in nearby Batwa communities to confuse the issue and discourage support for those who were sentenced. They also paid nearby community members to testify against Kasula and the others, and hired men to hunt down other Batwa who fled when the army arrived to arrest Kasula. In March of 2020, another three people from a neighboring (non-Batwa) community were arrested and thrown in prison for “supporting” Kasula.

The need for solidarity: The entire process by which Kasula and the other seven defendants were arrested, charged, tried and convicted was illegal, ignoring even the most basic rights of people who are accused of crimes. The bottom line is that these arbitrary convictions are unjust. They also appear to be yet another attempt to eradicate the Batwa people from their own traditional territories, in order to free up the land and resources for outside interests. Ecosystems will only be protected and indigenous land rights respected if we stand together in solidarity with those on the front lines, and back them up when they contest illegalities and abuses. We ask all concerned organizations and communities to stand with us in this intergenerational struggle for justice.

[5] In 2019, the Congolese authorities gave land at the INERA station (National Institute of Agronomic Studies and Research) to the Batwa from the community of Miti. However, INERA officials drove them off when they arrived, leaving them once again without land to cultivate. It was in response to this broken promise (of INERA land) that they decided to settle in the national park.

[6] Field Hearing report (dated 27 July 2019), available through Initiative for Equality (IfE), documents by name the deaths of 8 Batwa at the hands of Park guards.

[7] Handwritten and typed table submitted by field investigators (dated 05 July 2019), available through Initiative for Equality (IfE), documents the death of one other Twa man, and armed death threats, shootings, attempted killings, house burnings and other violent abuses of more than 20 others.

[8] See, e.g. Seymour, F., La Vina, T., Hite, K., (2014) Evidence linking community-level tenure and forest condition: An annotated bibliography, Climate and Land Use Alliance (CLUA), and the many other references at: http://www.forestpeoples.org/en/rights-based-conservation-cultural-identity/news-article/2017/it-way-we-live-conserves-legal-models and at http://www.forestpeoples.org/en/lands-forests-territories-rights-based-conservation/news-article/2019/transforming-conservation